Dare to Dream — and Build

What Are Soft Story Retrofits?

A soft story building has at least one story that is not as strong as the rest of the stories in a building. Generally, those stories don't have as much structural support as other stories in the building, because they are built with wide open spaces. For example, a building that has a lot of retail space on the ground floor could be a soft story building because the spaces just don't have as much support as a residential level would. It's the same with buildings that have garages under the living space. Many cities in earthquake-prone areas are requiring older, soft-story buildings to be retrofitted so that they will fit within current building codes.

Retrofitting a soft story building isn't always a quick process. The actual retrofit work may be able to be done in a couple of weeks, but there is more to the process than just adding in reinforcements. The first part of the process is for an engineer to examine the structure. The engineer is going to be able to figure out the current lateral load of the building and where it stands in comparison to the current building codes. Then the engineer and the construction company will get together and make a plan about what it will take to get the building up to the current code. That can include doing things like installing steel frames along support systems and pouring more reinforced cement supports. Once the plan is in place, the retrofit contractor will be able to get the work done, making it stronger and compliant with current codes.

Building codes exist to make sure that all new structures are as safe as possible. Those codes can be retroactive as well, requiring older buildings to come into compliance. In earthquake-prone areas, strict building codes regulate soft-story structures and may require those buildings to get a soft story retrofit. 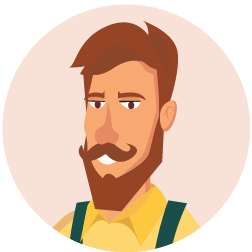 Do you dreams involve you building and constructing things? If so, you might make a good construction worker. This industry requires that you are good with your hands, but it also requires that you dream. After all, someone has to come up with the designs for the buildings and structures that are built. And even after the buildings are designed, construction workers need to make changes to the design on-the-fly to ensure everything fits. The construction industry is full of dreamers, which is not something we fully understood until we began writing the articles on this website. And that's just one of the many observations we've made along the way.